Boyz from across the border – THE HINDU 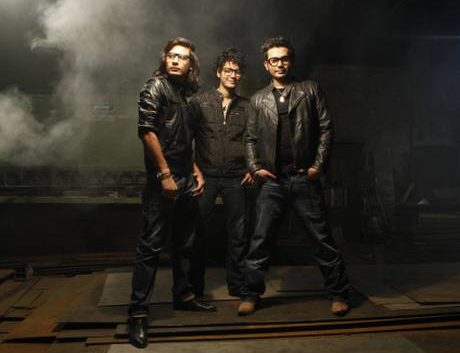 Descendants of Patiala gharana, the band consists of three brothers. The eldest of them is Nayab Ali Khan, a classical and semi-classical singer known for using his god-gifted voice for rendering Sufi melodies. Wali Hamid Ali Khan is the lead vocalist of the band and sings pop and semi-classical. He seems to be the one who easily makes a connection with the crowd and ultimately wins their heart. The youngest one is Inam Ali Khan, a hardcore classical singer.

Their new album is a collection of Indian classical compositions fused with Rock and R&B style. There are a couple of Sufi and folk based songs as well. Akriti Kakar, emerging playback singer, has also lent her voice to the song “Laage re nain”, which is based on raga Bhoopali.

When asked about the formation of the band in 2006, Wali Hamid Ali Khan said that it was formed for “easy-listening” of classical music as today’s youth is losing interest in traditional music and is attracted more towards Rock and other Western forms of music. So they chose to present their art in a form that people can listen and easily relate to, and started fusing classical and Sufi melodies with Rock and other popular forms.

“Music has no boundaries, as we are originally from Patiala and people here treat us so warmly that we never feel we are in a foreign country,” said Wali.

“We will remain an independent band but any offer from Bollywood is most welcome. We have even sung a song ‘Rang ishq da chadiya’ for Remo D’Souza’s upcoming movie after the track “Mann Qunto Maula” for Maximum. We are also planning to sing in Coke Studio next year as this year is jam-packed,” Wali added.

The video of “Laage re nain” is already out and there are six other videos in the queue. MTV Roots will telecast their music.