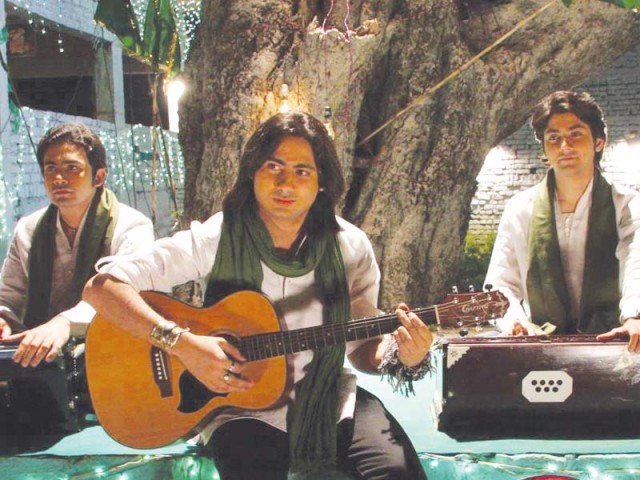 Ever wonder what the Raga Boyz are up to? The three-boy band, featuring sons of ghazal legend Ustad Hamid Ali Khan, may not have lived up to what’d be expected from any prodigy of the Patiala gharana, but they’ve been gradually proving their mettle.

The sibling trio, which comprises Wali, Nayab and Inam Hamid Ali Khan, gained popularity on both sides of the border with Mun Kunto Mola for the Bollywood film Maximum. As they perform and garner international recognition, they’ve also been gaining ground locally, with Raga Boy Wali even set to make his acting debut in the Pakistani film Ishq Positive opposite Noor.

“We developed the band in 2006 and released two music albums. We’ve visited almost 18 countries, including the United States, and performed in places that were once just a dream.”

“Wali was signed to perform in Ishq Positive and we’ve also been lined up to sing for the film,” says Nayab. “We’ve also been getting opportunities to sing for Bollywood films,” he adds. On how the band seems to be on a streak of good luck, he says, “Our father always believed that we should learn from our elders and that’s the reason why we’re achieving success.” Wali shares he will also be seen in three Indian films, including one by Farah Khan. For the trio, music remains their first love. “Music is our passion and it’s solely on the basis of hard work that we’re compelling the world to see that classical music is still at its peak in Pakistan,” says Nayab. Wali feels that the band, which is known for putting a modern spin on classical music, haven’t forgotten the traditions of the Patiala gharana and that classical singing will always remain their asset.

Nayab states that people in India and Pakistan want to listen to good music and only those artists who perform to their full potential can be successful. “We’ve performed in front of big names of classical music in India and tried to live up to the name of the Patiala gharana. We received appreciation and we’re also getting opportunities to sing across the border.”

“Many new singers are setting foot in the industry without seeking education. I request all those who wish to pursue the profession to first learn the basics of music.”

Following the traditions of the Patiala gharana, Nayab says the band try their best to create music that resonates with the listener. “Music-lovers across the world invite us to perform and we hope that we’d be remembered whenever there’s any mention of classical music,” says Nayab, elder son of Ustad Hamid Ali Khan and mentor of Raga Boyz.

Nayab holds that it’s pertinent for artists to get an education in music. “The Patiala gharana lays emphasis on education and we brothers are pursuing it in some of the best institutions in the country,” he notes. “Many new singers are setting foot in the industry without seeking education. I request all those who wish to pursue the profession to first learn the basics of music.”